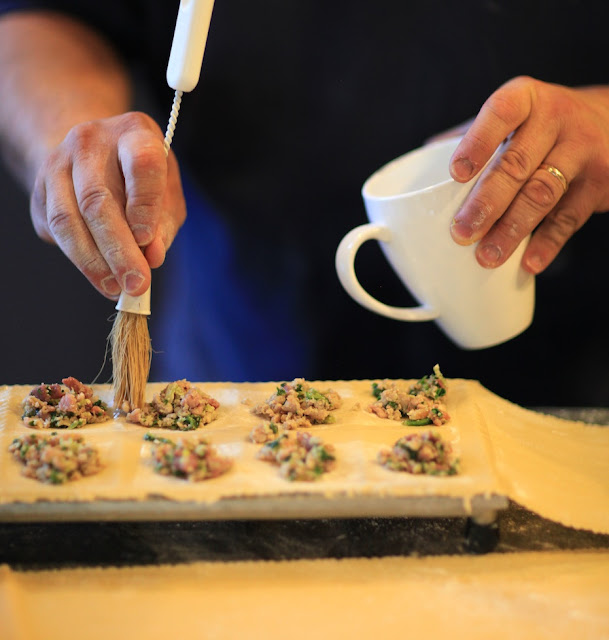 It will probably come as no surprise to anyone that I like watching reality cooking shows like Top Chef, Hells Kitchen and Master Chef. Not only do these shows allow people to ogle at the food, but they educate us on a vast variety of techniques and terms, introduce culinary celebrities to the masses and most importantly (for me), help build our 'must-dine-at' restaurants list. Of course, the challenges that the creators have devised to test the contestants are also very clever and incredibly entertaining. Of these, the one that I thought would be the most executable for the average Joe/Jane, was the Mystery Box.

And so, after about a month of trash-talking, weight-training and anxiety, one sunny afternoon in May, S and M 'cooked-off' in their first Mystery Box challenge. D and I bought about 20 ingredients (brussel sprouts, bok choi, chicken, squid, prawns, risotto rice, egg noodles, peppers, lemons, cheese, bacon, etc...) that were revealed to both contestants at the same time. In the initial plan, they only had about two hours to cook an entree and a main dish each, but they both spent about half an hour just staring at the ingredients trying to figure out what to cook, that in the end, we just let them cook at their own pace. M, being a typical guy, was supremely confident that it would only take him 15 minutes to cook each dish and vetoed my initial proposal of allowing them three hours to cook. In the end, their prep, cooking and plating took about four hours - excluding pondering and tasting! Luckily that gave M's family plenty of time to go to town, come back and participate in the judging. 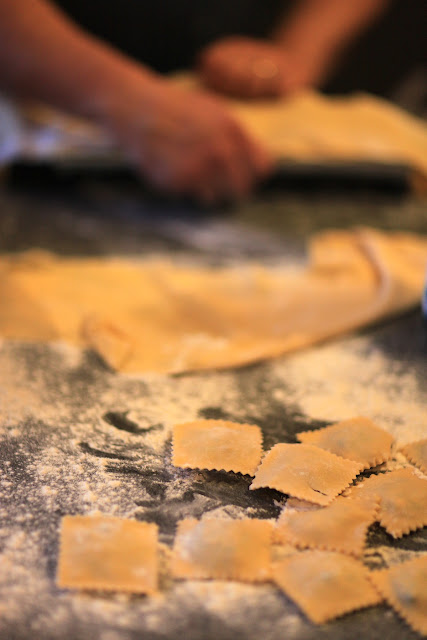 Being the total nerd that I am, I had created score sheets (on Excel!) so S and M's dishes were judged on presentation, flavour, balance, originality, execution, on a scale of 1 - 10. I also had some goofy descriptions for the scores on either end of the scale (i.e. '10 = Please marry me!', '0 = Stick your head in the oven and turn on the gas', or something like that) but I deleted them and I don't remember exactly what they were now. 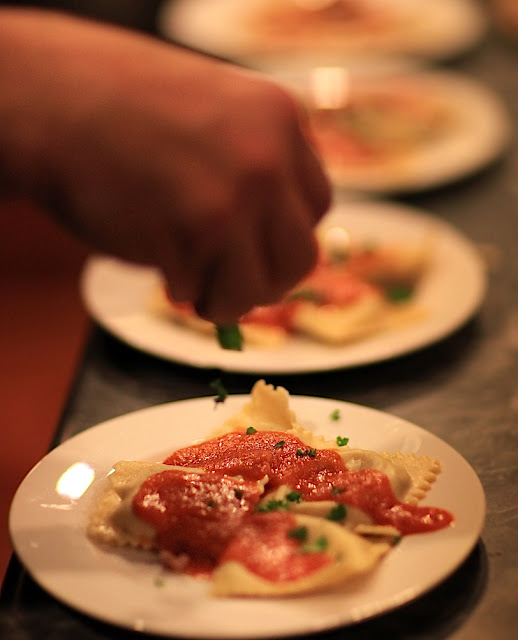 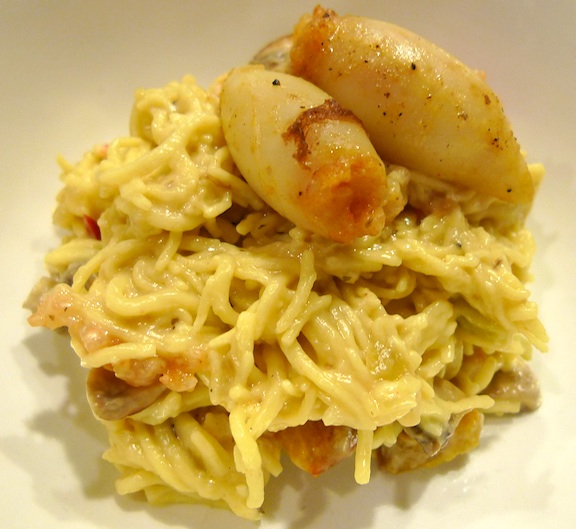 S's Prawn Stuffed Squid with Egg Noodle Salad: The stuffed squid was quite tasty and interesting, but unfortunately the noodles turned to mush after cooking and was not good. I think it was the type and brand of noodles that we bought rather than anything S did, because we tried another type from the same brand once before and it too turned out a bit too mushy. Can't be certain until we try cooking these noodles in another way (maybe stir-fy?), but probably won't be so inclined. M also used the the noodles the following day and had the same results. 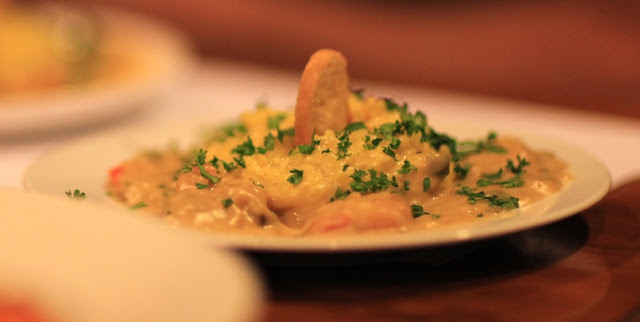 M's Shrimp ('cos he's American!) Etouffee and Risotto: M wants you to know that his Cajun Etoufee and Italian Risotto was a true international cross-over dish (and in his words), "unlike S's unilateral-cultural crap". This is an example of the trash-talking that went on before the challenge. I thought that the etoufee was a little sweeter than I would have preferred, but having never had etoufee, the level of sweetness could have been exactly right. Unfortunately, M finished cooking the risotto a little earlier than anticipated, so by the time it was served, it was a little stiff, but the flavour was decent. Also the pairing of two texturally similar items wasn't ideal, but not disastrous. 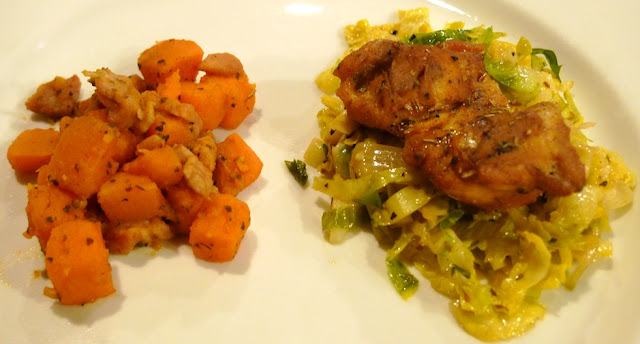 S's Baked Chicken with Brussel Sprouts and Kumara and Bacon: Really enjoyed the kumara and the brussel sprouts which were very tasty. The chicken had a good flavour, but was overcooked and so a little dry.


Irrespective of the outcome, we the diners, whose only job was to watch, eat and criticise, appreciate the effort and thought that S and M put into this challenge. It was very, very close, but S emerged the victor and M (who was sabotaged by his own flesh and blood), through the screams and tears, immediately demanded a recount. In the end, after a lot of plate-throwing, he was pacified with the promise of a new Lotus. Other than that, I am pretty sure everyone, including the contestants, had a really good time, enjoyed the cooking, the eating and the company. M is desperate for a re-match but S won't dignify him with one just yet. Stayed tuned....

PS: Special thanks go to P for photographing the event and allowing me to use his gorgeous photos - the ugly ones are mine.

PPS: I may have taken some liberties in my dramatisation of M's character. Maybe.
Posted by t at 10:29 PM

Email ThisBlogThis!Share to TwitterShare to FacebookShare to Pinterest
Labels: Homemade

what's the deal with the bread sticking up like a tombstone in that dish??

First, M didn't say "unilateral crap" he said "unicultural crap"!!! Second, the bread sticking up is supposed to represent the Burj Al Arab Hotel in Dubai whose dish "risotto and etouffee" was borrowed from M by their 3 star Michelin chef. Third, and finally, there was nothing wrong with the pasta you gave S. M recooked her dish the next day with the same pasta and it came out brilliantly. It only required a modicum of attention to what you doing to work. Philistines.
Lucy Lawless

My apologies M and Lucy. I have corrected the 'unilateral' error. LOL!