The first morning in Hong Kong, we went to Super Star for dim sum. Some friends of my brother's took him there on a previous trip and he was sufficiently impressed with the food that he wanted us to try it too. We were hoping that someone would be able to recommend the house specialties and/or best sellers but ended up with a waitress who wasn't very communicative. Nevertheless, we had some excellent dim sum. Then the bill came, and I was taken aback by how cheap the meal was - about HKD 200 (NZD 40), total. It was their "dim sum happy hour" because it was early on a weekday, but still a hearty meal like that with those huge prawns would cost at least NZD 100 in New Zealand, if not more. Did I mention that I LOVE Hong Kong?

It doesn't look like we ordered much, but each dumpling/wonton was densely filled with good seafood and/or meat and the servings were large. We were all stuffed at the end of the meal. 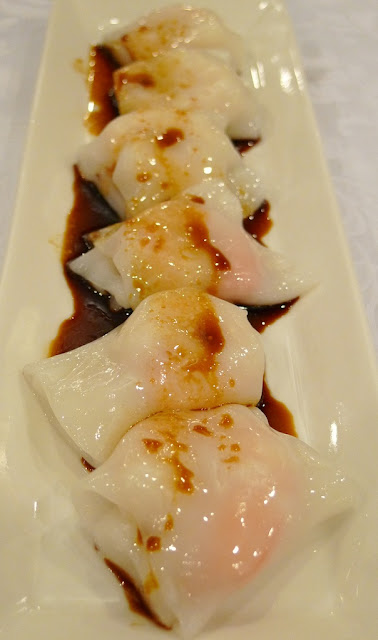 Steamed Prawn Rice Rolls (Chee Cheong Fun): The best version of this dish that I've had. The prawns were huge (about 1.5 inches in diametre) and the rice rolls were slippery smooth, delicate and stretchy. It was served with soy sauce on the side, so we could control how much sauce we wanted and it also prevented the rice rolls from absorbing too much sauce and becoming soggy. Delicious. 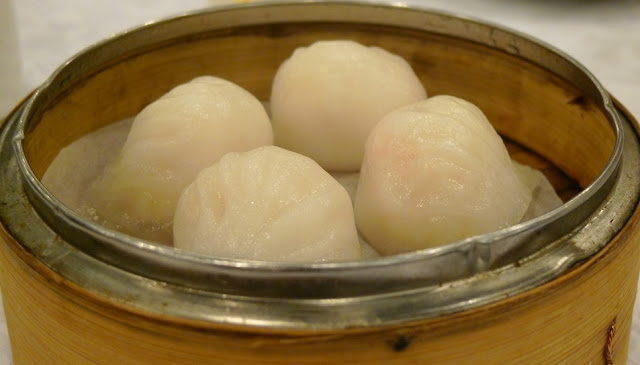 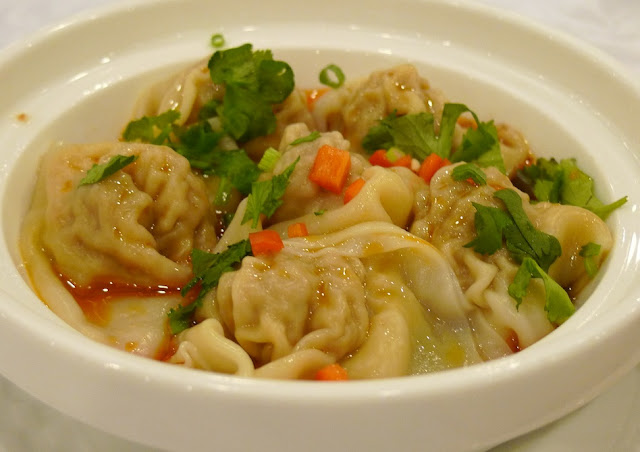 Wontons in Chilli Oil & Soy Sauce: I was expecting this to be strong tasting because the sauce was quite dark, but actually it was surprisingly subtle and well balanced. The wontons were packed with an incredibly tasty combination of minced pork and prawns (I think). Every time I've looked at this picture since, I've craved this dish, so last week S made this from scratch (including the wonton skins!) just to shut me up. 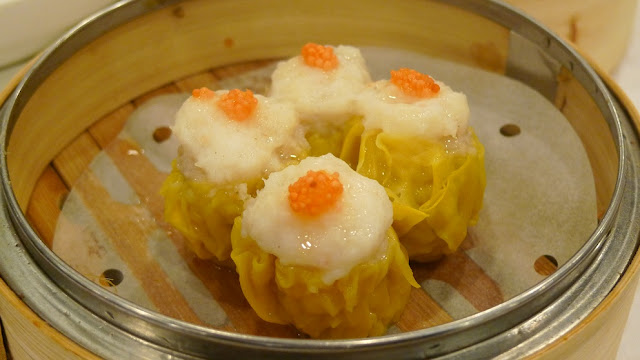 Pork Dumplings (Siu Mai): These were very good, but I don't recall anything distinctive about them, compared to the other dishes. 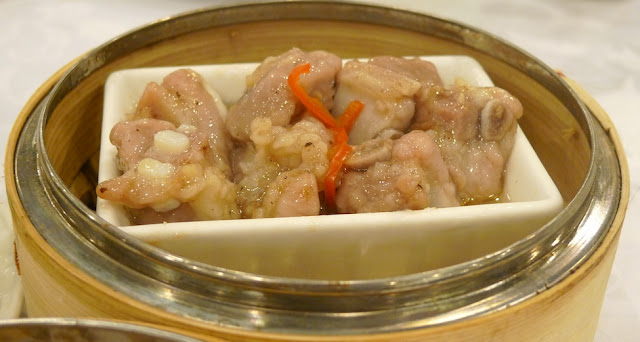 Pork Ribs in Black Bean Sauce: Best version of this dish that I've had. The ribs were a good size, perfectly cooked, deliciously juicy and tender. 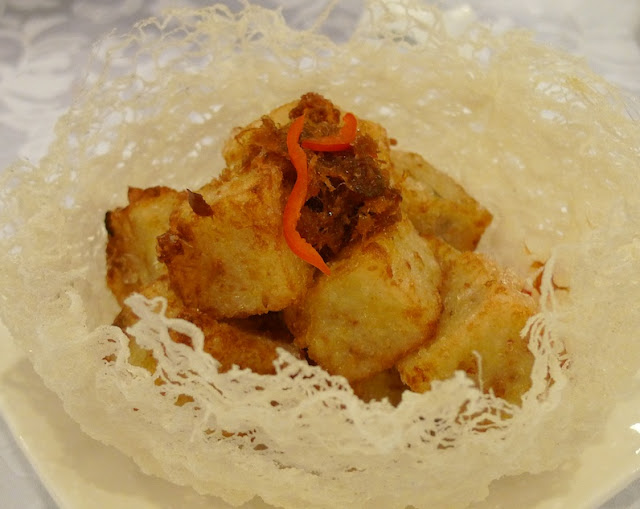 Fried Radish Cake (a posh version of this and this): Best (refined) version of this dish that I've had. The cubes of radish cake were considerably larger than what I've had in the past, but were all pan fried and seasoned to perfection. The larger pieces also better featured the base flavour and delicate texture of the radish cake, as these are normally muffled by the strong, savoury flavours of the crust and topping. A truly elegant version of a common street stall dish.