Sorry this is long overdue. We visited Pier 24 at the end of March and it's now June. I shall endeavour to write within a couple of weeks of visiting a place from now on, but there are still a few places from months ago (and some from last year) that I haven't written about. Bear with me.

I fortuitously first heard about Pier 24 a week before D's birthday. We were at a pot luck at M and H's (the same potluck for which D made the Triple Choc Brownie) and M, who always makes it a point to tell me about any interesting dining experiences, mentioned that they recently dined at Pier 24 as a large group and it was great. H even said that "the steak was like beef flavoured butter". That settled it.

Ideally located at St Clair Beach, the glass panelled exterior walls of Pier 24 allow patrons to enjoy a view of the esplanade and the water, no matter where they are seated. The interior décor is sleek, modern and polished, as was the service and the food. We ordered the following: 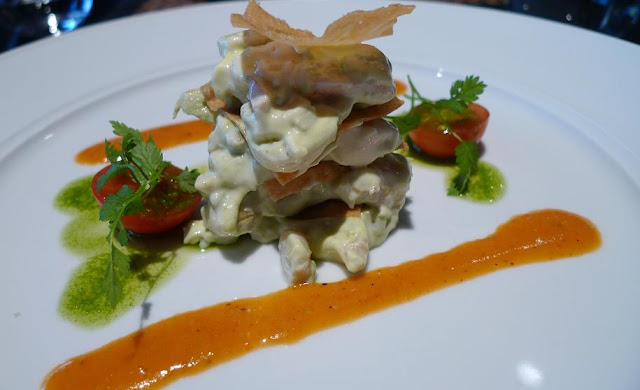 Mille feuille of prawn in wasabi lemon mayonnaise, with avocado, roasted cherry tomato dressing wonton crisps: Clean tasting, subtle and refreshing. I enjoyed the creamy, faintly wasabi flavoured mayonnaise and the crispy wonton skins but wasn't blown away. This brings to mind something that I've had back home and I think perhaps it would be interesting to serve this mayonnaise with whole, extremely lightly battered, fried prawns, for little extra texture and flavour. 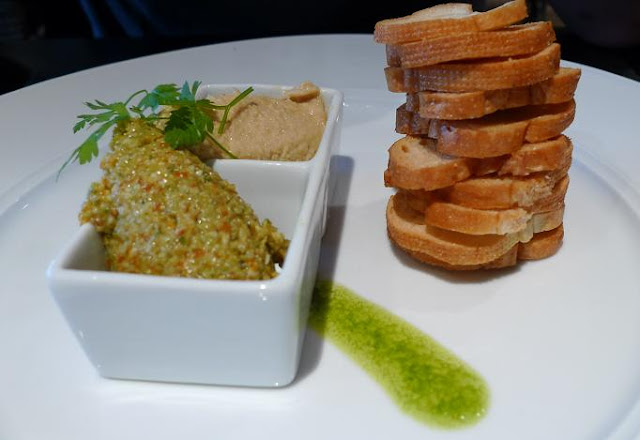 Hummus & green olive tapenade, crostini: D ordered this because he had something before we went to dinner and he wasn't very hungry. He said it was all right. 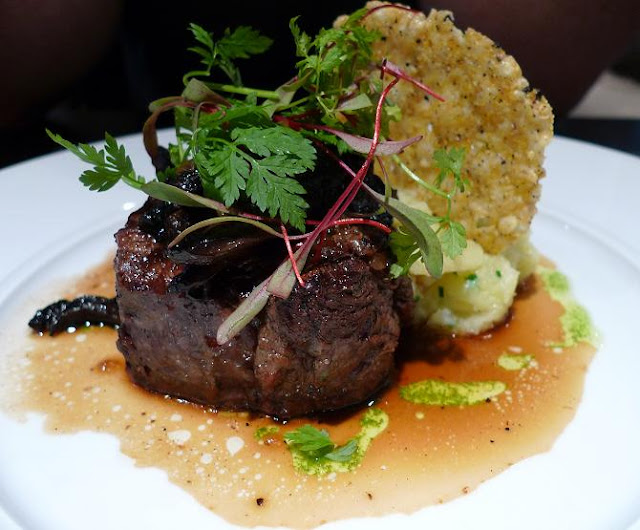 Char grilled beef fillet, confit portobello mushroom, purée potatoes with truffle oil, caramelised onion glaze, parmesan & pepper crisp: This was D's main and he was very happy with it. I deciphered this from his nodding and his "wow, that's pretty good," as he savoured the meal, and believe me, that's about the most that I ever get out of him when it comes to commenting about food. I had a bite of the beef and concurred that it was indeed very good. 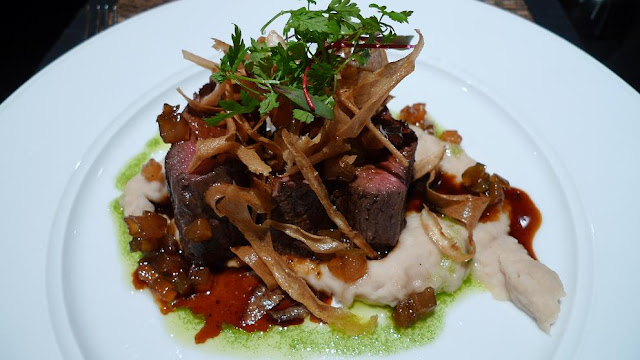 Steamed spring greens, soy & sesame dressing and Roasted seasonal vegetables, honey mustard vinaigrette: Both were well done but I particularly liked the steamed spring greens with the soy and sesame dressing. The green beans were just barely steamed and so were still crunchy and had a raw freshness to them. I really enjoyed the soy and sesame dressing, which was light and faintly savoury, sourish and sweet, all at the same time. That, together with the nutty, smokiness of the sesames, turned plain ol' broccoli and green beans into something quite special. 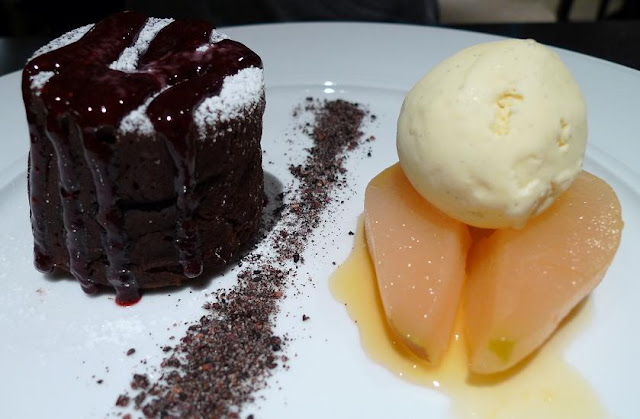 Chocolate fondant, orange poached pear, dark rum & berry coulis, vanilla bean ice cream: D is a chocolate fiend and will usually order the chocolate dessert, no matter how good other desserts sound. This was his. I thought it was good, but he is not a fan of desserts that are served warm. 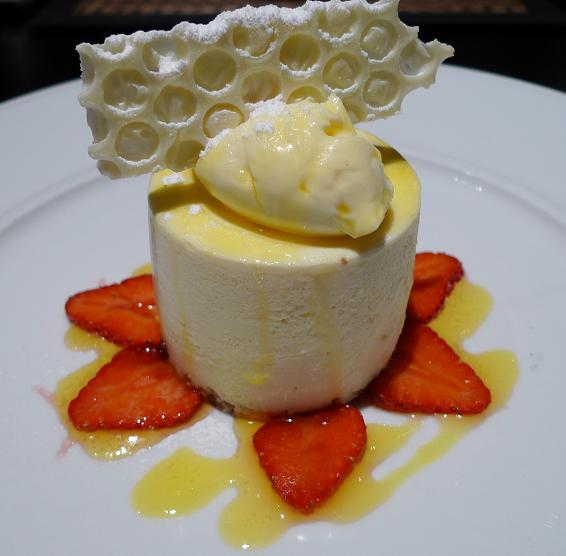 Ginger & lemon tart, fresh strawberries with limoncello syrup: I am a fan of all things citrus. Although I was expecting a 'tart' to be more dense, not have quite so much height and not be at all creamy, I still liked it. The filling was subtly citrus-y sweet, smooth, creamy and cheesecake-like. If I had no expectations at all of what I had ordered, I would probably have been a little more enthusiastic about it.