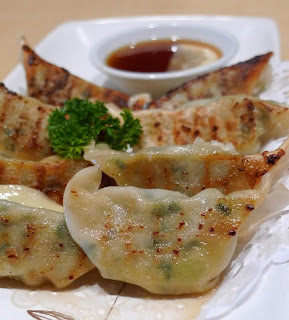 I have to admit that I haven't been to The Jitsu in quite some time. These pictures were taken in February. Since then, I have been infatuated with Jizo and the infatuation is only wearing off now. I am at that point in the relationship where the rose tinted glasses have come off and I've discovered that there are some things that they don't do well. And, there are some things they don't do at all, like Unagi Don or Prawn Tempura.

Enter The Jitsu. Whenever we needed a sushi fix (and to whine and unwind), S and I used to go to The Jitsu and order a couple of sushi rolls, Agedeshi Tofu and Age or Yaki Gyoza. There's nothing like good food and great company to put me in the right mood again. It's my 'reset' button. If I am agitated and tense before (as I usually am at the end of a work week), I am mellow and relaxed after. It's a fail-safe formula.

I digress. These are the dishes that I like the best at The Jitsu:

Yaki Gyoza: These are the best that I've had in Dunedin. The bottom of the dumpling is crispy, which gives it a little extra bite, and the filling is juicy and delicious. I get lucky sometimes when I bite into them and there is (what looks like) a spoonful of broth or juice in the dumpling and I get to slurp up the juice before gobbling the rest of the dumpling. Yummy. The deep fried Age Gyoza is also good (crispier and just as tasty), but I prefer the pan fried and steamed Yaki Gyoza. 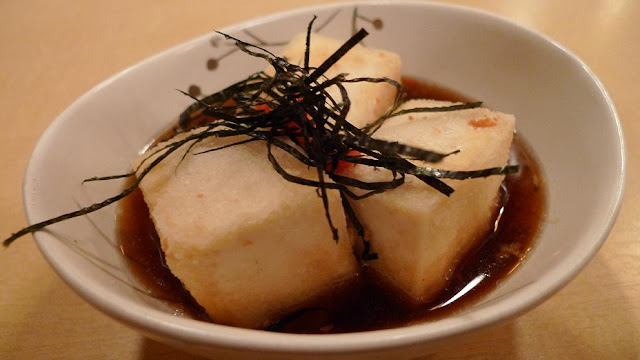 Agedeshi Tofu: It's tofu with a nice, fried, crunchy coating in a soy sauce mixture. I love it but there isn't much to say about it. Not the best that I've had but still pretty decent. 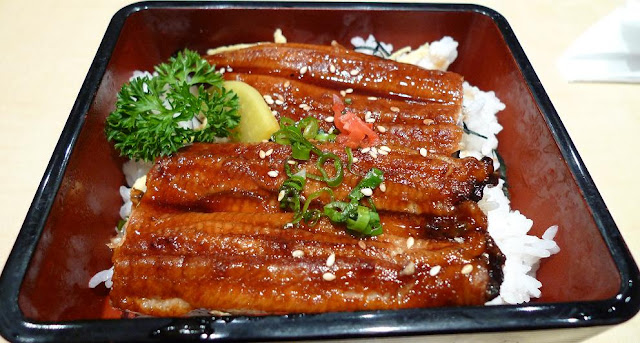 Unagi/Unaju Don: I don't know why they call it Unaju here when it is Unagi everywhere else. Regardless, I love the grilled eel on rice, especially when the soft, slightly chewy eel has been grilled well so that the edges are just a little bit crisp and the sweet glaze is caramelised. Like all fatty fish, this is delicious when warm, but not so much if you let it get cold, so wolf it. 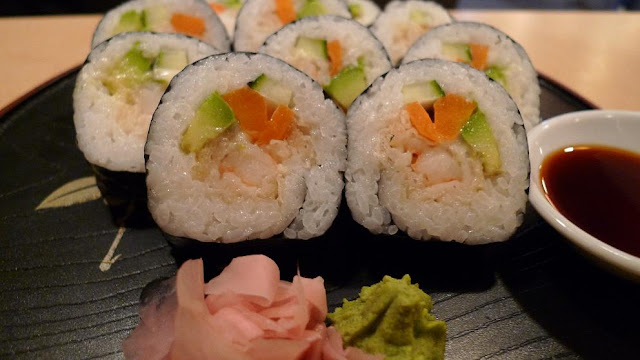 Prawn Tempura Sushi: As I have mentioned numerous times, I love prawns, so of course, I love Tempura Prawns. What's not to love? Stick them in a a sushi roll? Great! These are particularly good if they are freshly made and served hot (i.e. the prawns have been fried to order). Some places make it with cold tempura prawns that have just been lying around, and it's usually a big disappointment, but I don't think that I've experienced that here. 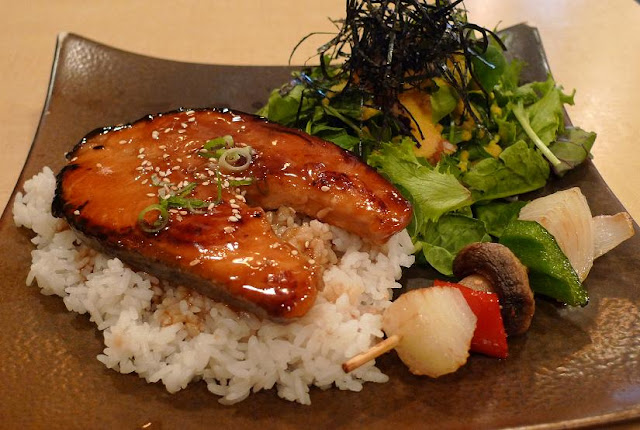 Salmon Jitsu Plate: I've only had this once. I liked it but the glaze was a little too sugary sweet (as opposed to a more natural sweetness like the sweetness of honey or fruit) for me and picking out the bones from the salmon steak was a real pain in the butt. On the plus side, the mango salad was really tasty and although the dish is probably not an authentic or traditionally Japanese dish, at least it's something different.

Verdict: The Jitsu may not be the most authentic Japanese restaurant in town, but the food is decent and some dishes are, in my opinion, among the best in town. Hmm, now I feel like some Yaki Gyoza and Unagi Don.

Edit 29th June 2010: I may have to take this back. Ate at Jitsu last night and was very disappointed. The Yaki Gyoza, in particular, was nothing like what it used to be and the Unagi Don was just alright. I also tasted a little of D's Yakiniku Beef and was not impressed - meat wasn't charred enough and the sauce was too heavy and sweet and there was too much of it.