Five days after I got back from KL, S and I drove to Christchurch for the Robin Williams show. There, we had two absolutely abominable meals (at Ancestral and Liquidity), some good grub from Viva Madrid at the Arts Centre Weekend Market and Dream Garden, and an excellent breakfast at Drexels. I will elaborate on the rest some other day - today the focus is on Viva Madrid. 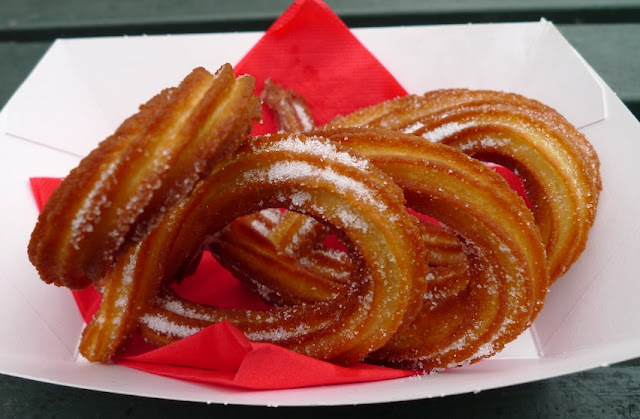 I first had churros about two years ago in Melbourne, in some churro speciality cafe. Churros were all the rage there at the time, so I had to see what the fuss was all about. The churros at that cafe were rock hard, dry sticks served with thick, lumpy, 'overcooked' melted chocolate. That put me off churros completely, until three weeks ago. 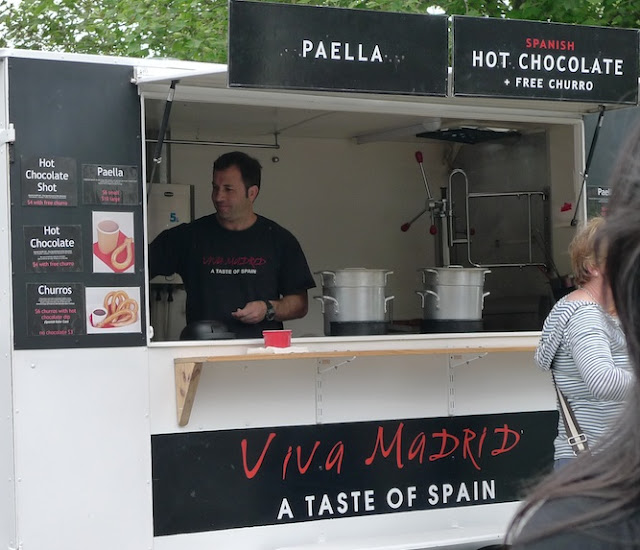 S and I were at the market prowling for a tasty breakfast treat when we spotted the very chic looking Viva Madrid caravan. There must have been something seemingly authentic and likeable about Viva Madrid and its proprietor (must have been my weakness for paella, which was also on the menu) because we 'threw caution in the wind' and ordered some churros. Hah. I must admit that I bit into the first churro with some apprehension, despite being convinced that they had to be far better than the ones I had in Melbourne. Luckily, they were. Curved into elegant loops, unlike the roughly cut sticks I had in Melbourne, these churros were light, crunchy and crisp, but still slightly soft and chewy on the inside. We opted to go without the chocolate dip, so we were really able to taste the sugar coated churros as they were - and they were good. My only comment would be that I thought they were very slightly overcooked, which is easy to do because they are quite thin and they have grooves. Maybe that's how they're supposed to be, but I think they would taste even better if they were either a bit thicker, or spent less time in the frier. 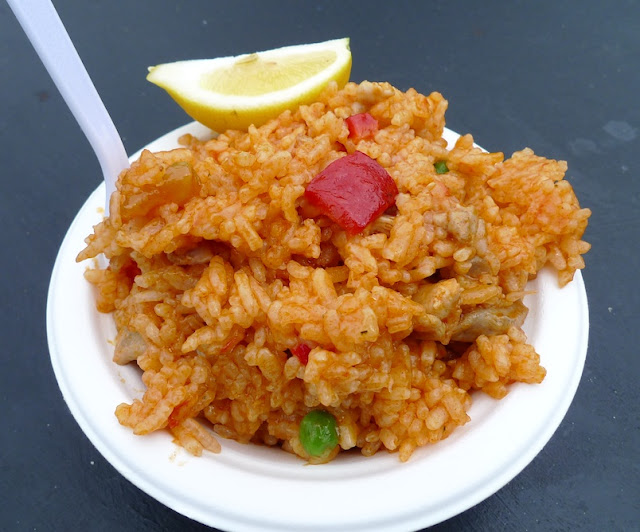 I tried to order the paella at the same time, but it wasn't going to be ready till about lunch time, which was a bit inconvenient. We were pleased enough with the churros, however, that we decided to meander around town until lunchtime just so we could go back to Viva Madrid to get some paella. And I'm glad we did. It was very tasty and had a quite intense, complex seafood flavour. The lemon juice provided the nice acidity and brightness on top of the bold flavoured, pleasantly oily, yummy, hearty paella. A far cry from that paella recipe that we tried from that beer cookbook. Still, the best paella that I ever had was at Moussandra, in KL, but I'll have to get some pictures before I write about that.
Posted by t at 3:20 PM