As promised, since my last review, my friends and I have managed to try five different pizzas from Zucchini Bros (dining-in and taking-away twice respectively). We could have actually tried more than just five of their pizzas, but as always, we discovered a few favourites very early on, couldn't get enough of them and then just kept ordering the same thing!

The thing that sets their pizzas apart from the rest is that their ingredients are more finely minced or chopped and in smaller pieces than other pizzas. Not only does this allow the flavours and textures to be more evenly distributed throughout the pizza, but it also alleviates the problem of toppings slipping off the slice - which often occurs with pizzas topped with large pieces of ham, pepperoni, etc. Ah, gone are the days of slices with just half a disc of pepperoni on either side and a couple of pieces of olives here and there. Now I can enjoy the taste of every single ingredient that is meant to be on the pizza, on every slice! Very clever Zucchini Bros. 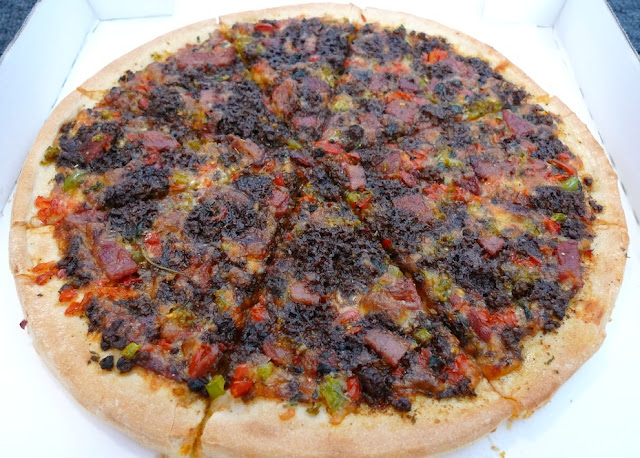 #3 - Mexican beef, bacon, capsicum, jalapeno and oregano: Tried this one first with C and S and it was an immediate hit. Spicy and incredibly tasty. I love the almost earthy, spicy flavour of the minced beef and the sharp saltiness of the bacon. 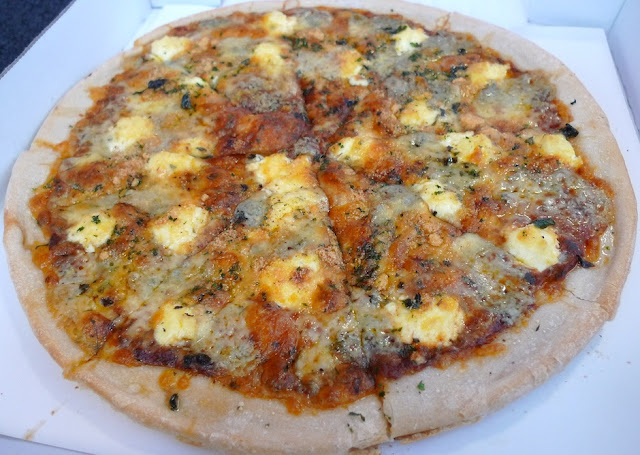 #7 -  4 Cheese – mozzarella, blue, parmesan, cream cheese and oregano: D-the-cheese-fiend's favourite. Very cheesey, rich and tasty. I can only have one slice, but turophiles like S and D will probably have no problem polishing it off. 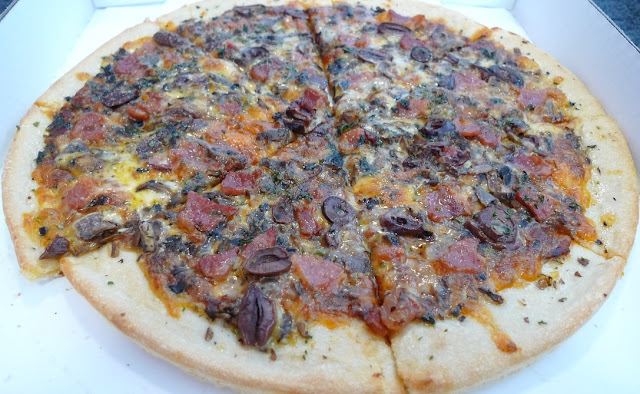 #8 - Bacon, anchovy, mushroom, black olive and oregano: Again, love the saltiness of the bacon and anchovies, balanced out by the mellow flavours of the mushrooms. Delicious.

#12 - Salami, ham, mushroom, tomato and oregano (sorry no photo): One of the lighter, cleaner tasting pizzas. Milder, but still tasty.

#18 - Smoked salmon, cream cheese, tomato, red pepper and oregano (sorry no photo): A bit too rich and cheesey for me. The textures of the ingredients were also a bit too similar, i.e. soft, mushy. OK, but not one of my favourites.

I should also mention that our favourite ZB pasta is on the 'specials' menu and is served with prawns, spinach/asparagus and peas in lemon butter. It is the same one I wrote about in the first review, but when asparaguses are not in season, they substitute it with spinach and the freshness and sweetness that the spinach brings to the dish is just divine. Don't know why it's not on the main menu even though I've seen it on their specials menu since Dec 2010.