S, K, D, M & I drove down to Bluff for the annual Bluff Oyster & Food Festival a couple of weeks ago. On the whole, I think we all had a relatively good time, even though the experience was marred by some seemingly minor, but in my opinion, significantly detracting faults - I will expound on these at the end of this post.

S and K got their fill of fresh oysters, and the rest of us non-oyster-loving-philistines also found several tasty treats to gorge ourselves on. As always, it wasn't the food, but the hanging out and laughing hard with people whose company you enjoy, that made the trip worthwhile and memorable.

We, as a group, ate most of the following (the names of the stalls are italicised): 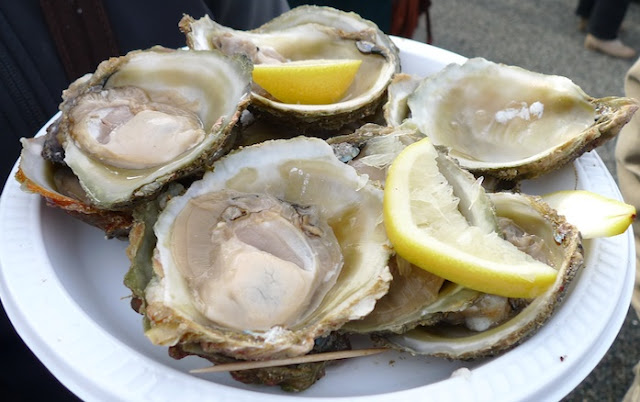 Oysters: S & K looked pretty happy chowing down on these. I never liked oysters. S made me try one last year and that was enough. M had one and wasn't converted either. 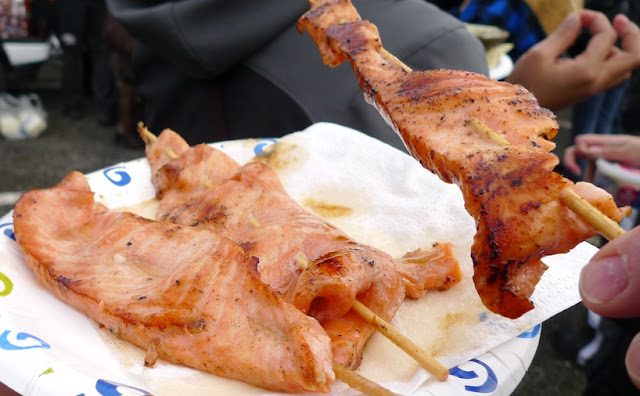 Titi O Rakiura
Salmon Kebabs: Everyone thought this was the best thing they had at the festival. I thought it was perfectly cooked, but just slightly too sweet for my taste. I would have liked to crack some pepper and salt and drizzle some lemon juice on it.

Stella's in Bluff
Oyster Pie: K had this. I think the verdict was, "OK". 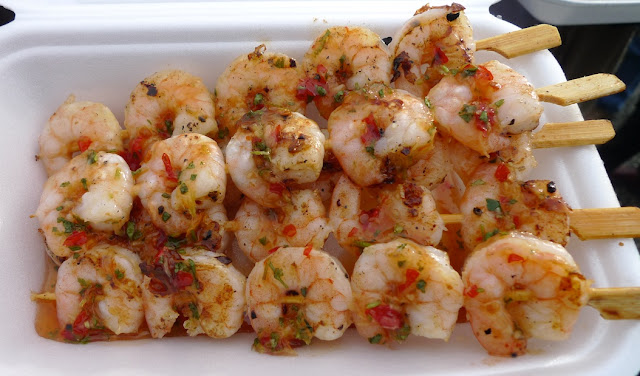 A Divine Dish
Prawn Skewers: My favourite. Was served with either the Thai-something-or-the-other sauce or aioli. The zesty, sweetish, sourish, acidic Thai sauce was infinitely better. Absolutely delicious! We got about four lots of these.

Heaven - Decadent Chocolate Tarte with praline: By the time we wanted to have these, they were all sold out. But they were so good when we had them last year that we had at least 2-3 of these velvety, chocolatey bad boys. 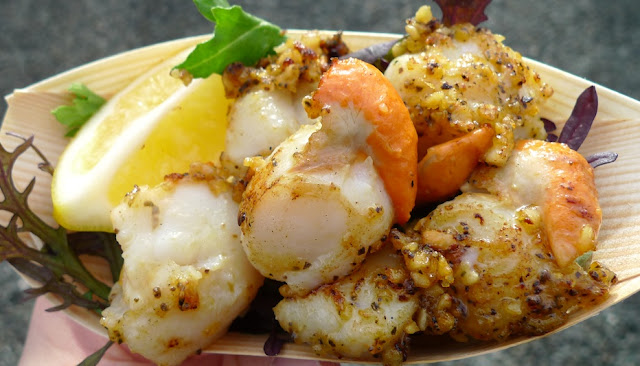 Finestkind Scallops
Chili Macadamia Scallops: Pretty tasty. I was impressed by how they managed to cook these scallops in very large batches, without compromising the flavour or texture much, if at all.

Stewart Island Smoked Salmon
Smoked Salmon with cream cheese & salad, on rye: D got this and I took a bite. Meh.

Druken Sailor
Battered Oysters: Not bad. Couldn't really taste the oysters, which is exactly how I like it.

Paua Patties: D & M had these and did not comment, which means "OK".

Ngai Tahu Seafood
Mussels in Garlic Butter: K, S & M had these and looked like they were enjoying them. 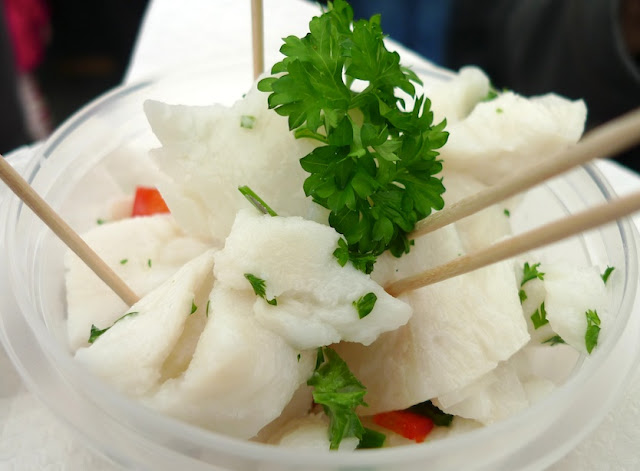 Stewart Island Promotions
Marinated Blue Cod: (a.k.a. ceviche?) I thought that these should have been made to order instead of being "plated" in advance and left sitting on table, cooking in the acid. Still pretty tasty. 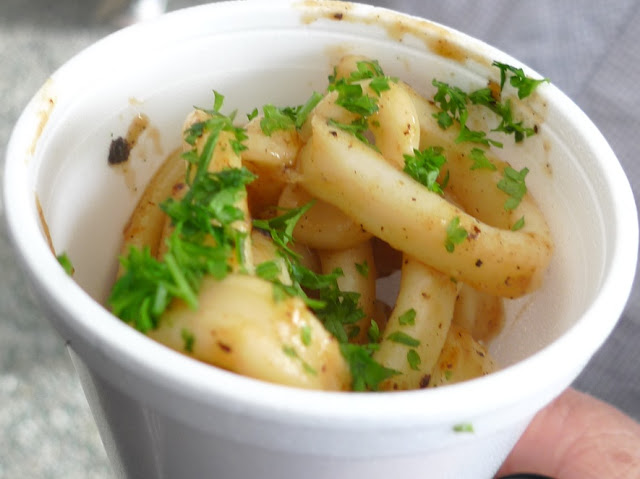 Hot Chili Squid: Tasty. Good marinade. The texture would have been better if the squid were charred. 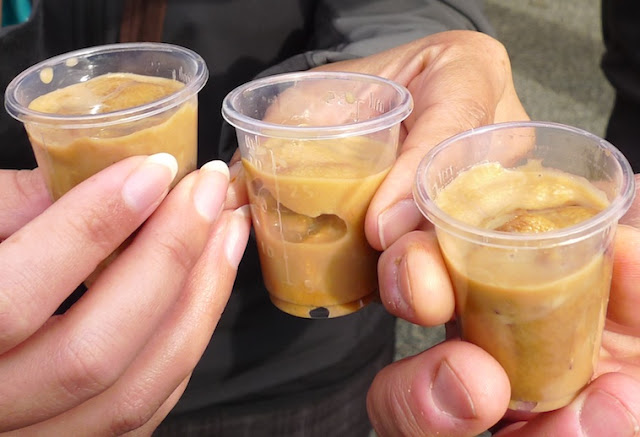 Cando Fishing
Kina Shots: K, M & D all get points for trying these (while I videoed their reactions). S made me try a small piece last year and all I can say is, it tastes and smells worse than it looks. M, D and K's cringing, groaning, screwed up faces and M's request to chase it with S's ginger preserves (which he tried for the first time on the ride to Bluff and could not stomach) were priceless.


Rant:
Last year, S & I got to the festival at around noon, it was very, very crowded and things were already beginning to sell out. We learnt from that (disappointing) experience and got there at 11am this year, but again, some things were sold out by 1pm. This isn't something that is being organised for the first time. It is a food festival! People are charged up to $20 per ticket (including service fees) and the food (the good stuff of course) runs out by lunch time. This is an event that only started at 11-ish and was supposed to go on until the late afternoon. Unacceptable.


Once again the stage, drinks tent and tables were placed right in the middle of the only thoroughfare to the food tents. Inevitably, as they did last year, a large crowd gathered in front of the stage and around the tables and people had to fight their way through the crowd every time they wanted to get drinks or food. At least last year, all the food was on one end. This year there were food tents on either side of the stage, which meant that people had to struggle through the crowd even more frequently. Whatever the reasoning was for this set up, surely it can be improved upon? It just seems to be unnecessarily disorganised and uncomfortable, when just a few adjustments could make this event truly enjoyable in every respect (like this).
Posted by t at 5:09 PM

Email ThisBlogThis!Share to TwitterShare to FacebookShare to Pinterest
Labels: Kiwi