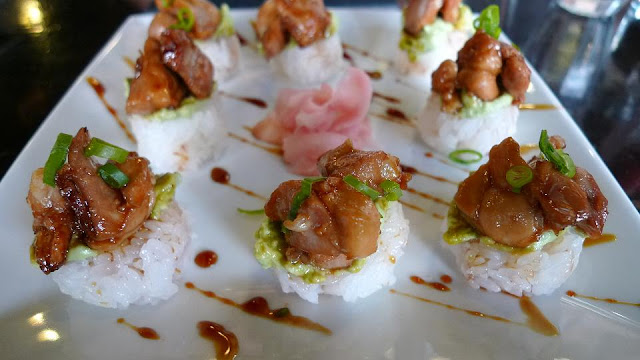 I went back to Jizo last night to introduce S to (and take pictures of) the aforementioned divine Jizo's Original Sushi. From the expressions on S's face when she first placed a piece in her mouth - the pause, the widening of the eyes, the "OMG!" moment - I knew that she shared my sentiments. These delicate, heavenly, 'melt-in-your-mouth' works of art were, once again, fantastic - which means that Jizo gets another vigorous nod for consistency of experience, which is extremely important. 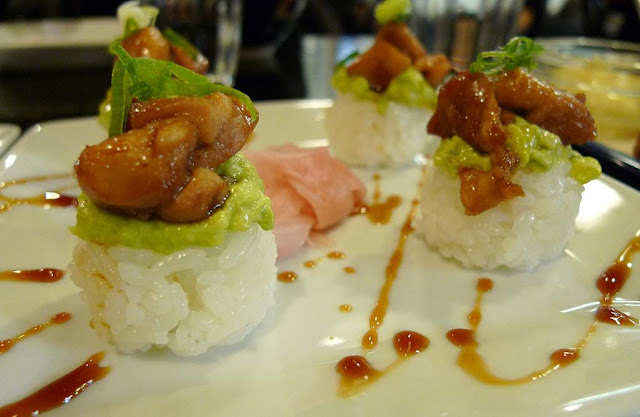 There is quite a specific kind of disappointment you feel when you return to a restaurant where the food was amazing the first time, then erratic or steadily worse the subsequent times you visit. Particularly, the embarrassment and slight betrayal you feel when you return with friends, to whom you have raved about the food at that place, expecting to wow them with your fabulous find, only to have them sit through a sub-par meal. I am pleased to report that thus far, Jizo does not fall in this category. 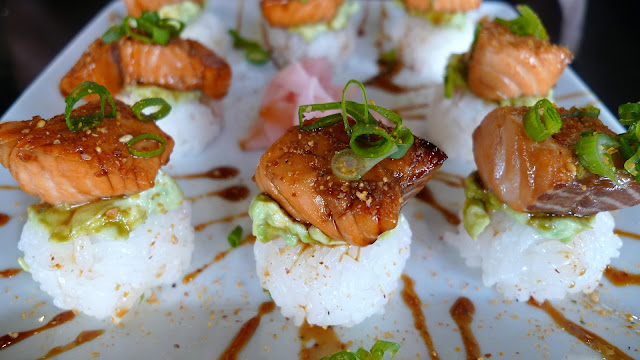 In fact, I am going to go out on a limb here a little and say that Jizo is probably the best Japanese restaurant in town in terms of authenticity. I am taking a risk saying this because I've never been to Japan, nor do I have the benefit of being able to confirm this with a reliable authority on Japanese cuisine - i.e. a Japanese person. Still, my claim is not completely baseless.

Out of the eight Japanese restaurants that I know of in town, apparently Jizo is the only one owned by a Japanese person. Coincidentally (not), Jizo is also the only restaurant where the food is a little different than all the other Japanese restaurants. For a start, their yakiniku beef is served with thick, juicy, perfectly cooked cubes of proper steak in a thin layer of sauce, rather than the usual thin slivers of overcooked, sweet beef at all the other restaurants. I've always heard that authentic teriyaki sauce is not the thick, sticky, sickly sweet sauce that we used to over here, but a thinner, lighter, more subtly flavoured sauce. This probably applies to the yakiniku beef dish also. In the same vein, they serve their chicken katsu with a thick, juicy crumbed chicken piece, not the flattened, dry/hard (over-fried), you-need-lots-of-sauce-to-go-with-it stuff that you would eat at the other restaurants.

Finally, the rice. You might think I'm just nit-picking here but the magic is in the details. I loathe being served mushy, clumpy and/or burnt rice. No matter how good the 'main' meat dish is, it just ruins the meal. Especially since Japanese cuisine is famous for its short grain rice in general and vinegar rice for sushi. I have been served mushy and burnt rice at a couple of the other Japanese restaurants. I have also had sushi from from some of these places where the 'vinegar' rice is tasteless. Come on! These are restaurants with professional chefs. How hard is it to cook rice properly? Fail. Fail. Fail! I don't know how many times I can get away with saying 'perfectly cooked' in one post but the rice served at Jizo has been perfect every single time. You can see each clearly defined, individual grain of rice, as opposed to melded clumps. With their sushi rice, specifically, they have struck the fine balance between tasteless and 'can't-taste-anything-else'. You will immediately notice the sourish and almost faintly sweet presence of the rice's flavour, but it quickly blends with the taste of the other components of the sushi and becomes the lovely accentuating backdrop to the headliner. 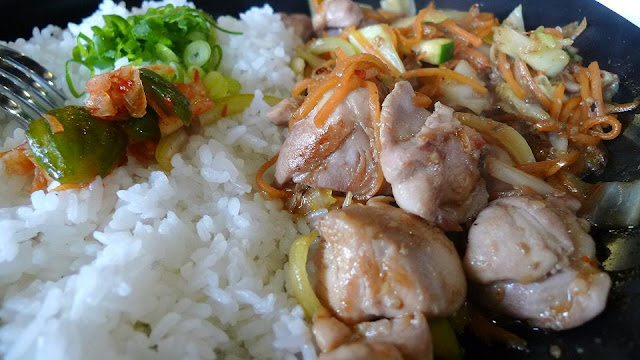 You're probably thinking Jizo sounds like it's far more expensive than the average Japanese restaurant here, but it's not. The prices on their menu are actually about the same as the other Japanese places, and cheaper than some. The only issue that some people may have with Jizo is that the portions of some of their dishes are a little daintier (not by much) than the usual fare at some of the other places. Before last night, I thought that this might be a bit of a problem when dining with boys with hearty appetites. I was appeased, however, when our Miso Chicken Don arrived last night. Good portions of rice and chicken, served in a very chic, giant black ceramic bowl/plate.

Verdict: The miso chicken don was good. Succulent chicken pieces in a tasty, light, clean tasting sauce. The teriyaki chicken and salmon sushi were outstanding - as previously described. The beautifully seared salmon pieces crumbled and melted in your mouth, along with the rest of the sushi. I do apologise, but I cannot reiterate enough what a difference it makes when meat/fish is perfectly cooked. Overcooked fish and beef are especially annoying. For me, I let it slide sometimes when we're just eating at a casual place because after a while, you get used to it and you don't notice it as much anymore. Then you go to a place where they actually know what they're doing and you immediately notice the difference in taste and texture when something is done right, compared to when it is overdone. I will definitely be going back again. - Jizo Japanese Cafe & Bar, 56 Princes Street, Dunedin