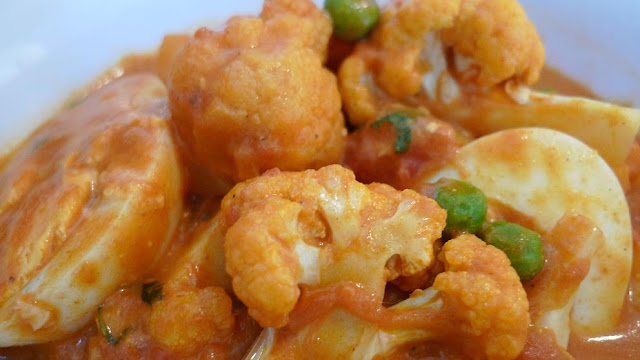 When I happened upon Simon and Alison Holst’s ‘100 Favourite 20 Minute Dishes’ cookbook at D’s family home some months ago, I decided that it would be a good way to gain some insight on Kiwi home cooking as well as test the recipes of this Dunedin/Kiwi icon. Based solely on the appealingness of the pictures, we have tried six recipes, with varied results. The first, and the reason the cookbook came out of the cupboard in the first place, was the ‘Orange Syrup Cakes’. Fresh out of the oven, the cakes were nice, soft, warm and orangey but not so much after they’d been left to stand (for at least an hour, as instructed).

A few weeks later, we tackled two more recipes - both were relatively easy to make and I enjoyed the ‘Curried Cauliflower and Eggs’ so much that it has become a staple for me. The combination of cauliflower, eggs, potatoes and peas coated in mildly spicy, thick curry is great and it’s one of those tasty and hearty vegetable dishes in which you don’t miss the meat. Of course, each time I’ve made it since, I have modified the recipe to suit my laziness. As a result, the most recent attempt just wasn’t up to par, so I will have to go back to the original recipe. 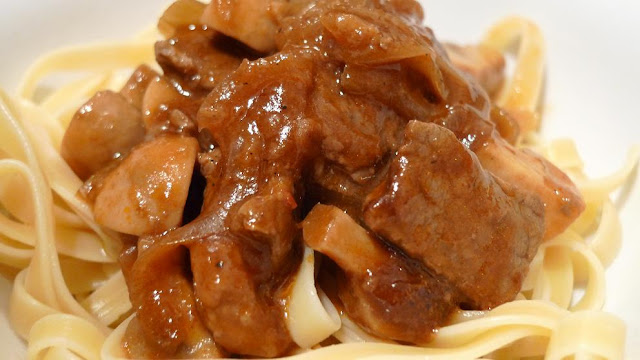 The ‘Beef Stroganoff’ also turned out well, but we foolishly omitted an ingredient, which compromised the end result. There was a nice winey, beefy richness to the sauce but it was thin and lacked (for want of a better word) ‘punch’. That’s what we get for leaving out the sour cream, which would have given it a fuller flavour. 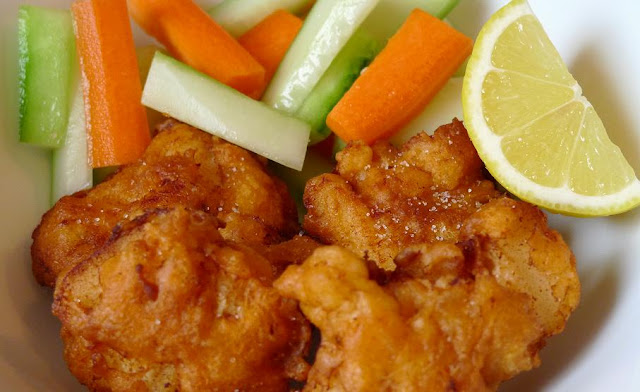 We did not have as much luck with the next three recipes. The ‘Stir-fried Chicken & Mushrooms’ recipe had, in my opinion, several superfluous ingredients, making it a little fussier than it needed to be. It turned out okay, but a week later, I managed to concoct a better version with far fewer ingredients and steps. The ‘Fish Battercakes’ were a complete and utter disaster. The batter was thick, hard and tasteless and those are the three things you don’t want in something battered and fried. 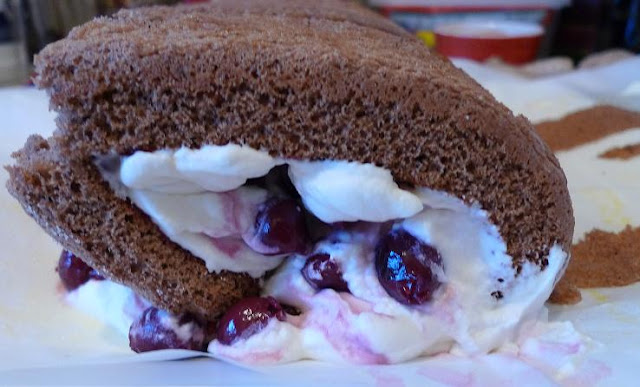 All the components of the ‘Black Forest Roll’ on the other hand, despite failing to turn into a roll, were delicious. The top layer of the cake stuck to the baking paper, even though we buttered and sugared the paper as instructed, and the cake cracked and all the filling oozed out the ends when we tried to roll it up. There was nothing to be done except scoop up the mess, dump it in a bowl, slap some extra filling on top and eat it all with a spoon. The undisputed star was the divine, luscious, sweet whipped rum cream filling (beat 1 cup of cream with ¼ cup icing sugar and 2 tablespoons of rum until thick). I’d recommend this as a cheat to enhance your desserts. There are about seven more recipes that I would like to try, and overall, it’s a pretty handy cookbook even though the instructions are a little more lengthy than I would prefer and the recipes aren’t as ‘quick and easy’ as I imagined 20-minute recipes would be.
Posted by t at 9:18 PM