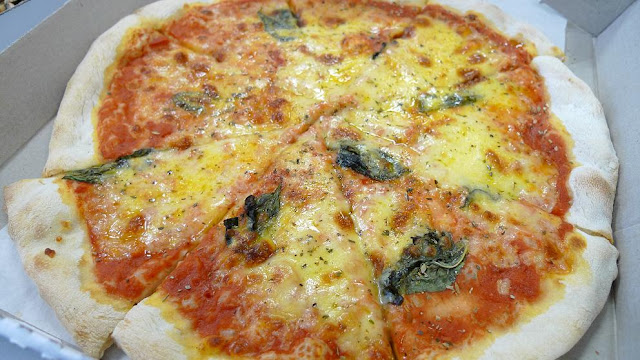 I have been fantasizing about biting into a slice of pizza from Mamma Mia Pizza since the craving struck at mid-afternoon yesterday. You know you got it bad when you try to weasel a ride to Wakari out of at least three people and fail… and then you start thinking about buying a car. I visited Mamma Mia Pizza several weeks ago and was immediately hooked. Everything about this quaint little pizza takeaway is charming – from the rustic, fresh, light and incredibly tasty thin crust pizzas to the affable pizzaiolo and owner, Michal Rozenberg. 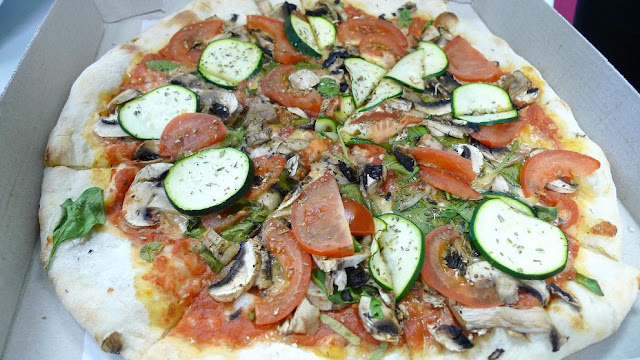 We had the ‘Bread Sticks with Aioli’ and the ‘Magherita’, ‘Quattro Stagioni’ and ‘Vegetariana’ pizzas. The rich, tangy homemade garlic aioli was delicious, as were the pizzas, but my favourite was the Magherita. Though crispy and thin crusted, the pizzas retained a nice chewy texture and had beautifully balanced flavours. What was most noticeable to me was the how light and clean tasting the pizzas were, compared to the more common, heavy, thicker based, over flavoured varieties. 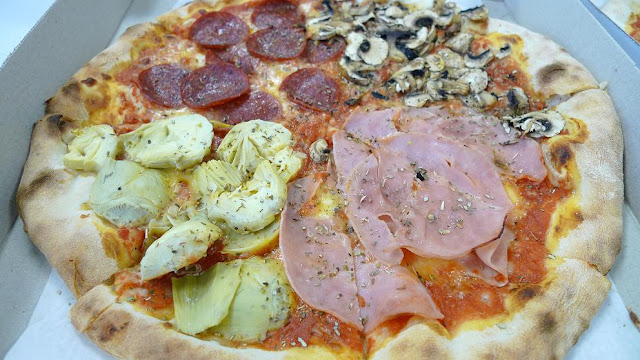 Michal achieves the great authentic texture and taste of his pizzas by baking them in a traditional stone floored pizza oven, with no trays, at up to 400˚C and uses only the freshest ingredients for his toppings. He takes no short cuts in the pizza making process and it is this commitment to authenticity that makes Mamma Mia Pizza unique, thus garnering a loyal following. Michal trained in his native Slovakia under the chef of the best Italian restaurant in town, who apparently would make even Gordan Ramsay seem approachable. He then went on to work in Austria and Italy and found that no matter where he went, good pizzerias used basically the same techniques and offered simple menus. 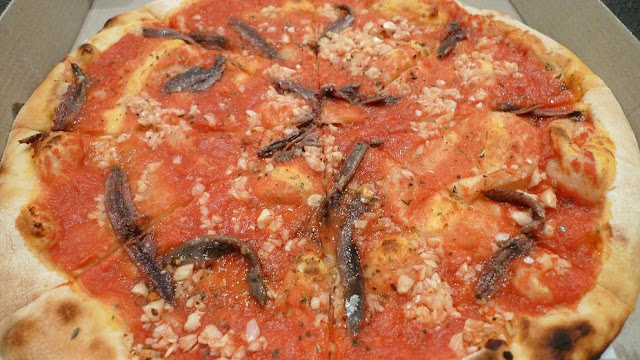 Michal has staunchly refused to adulterate his pizzas with the barbeque sauce swirls and cranberry/apricot flavours that are so popular at other pizzerias and believes that some pizzas, with the right ingredients, can be even healthier than vegetarian dishes. Mamma Mia’s menu comprises of mostly traditional Italian pizzas and was designed to give customers a flavour tour of Italy, from the lighter South Italian pizzas like the cheese-less ‘Puttanesca’ (olives, anchovies, capers and garlic) to the richer Northern Italian pizzas like the tomato sauce-less ‘Tre Formaggi’ (ricotta, mozzarella, parmesan, basil, prosciutto). Michal also maintained the original Italian names of the pizzas to amuse him when his customers place their orders. 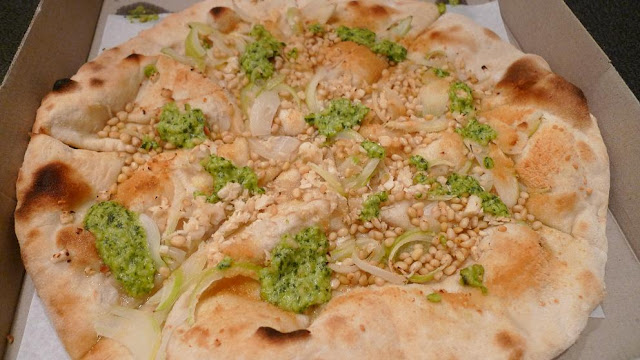 I succumbed. I stopped writing in the middle of the last paragraph and my friend and I have actually just wolfed down the ‘al Pesto’ (rich, nutty and garlicky) and ‘Napoletana’ (salty anchovies scattered over a bed of lovely fresh, subtle tomato sauce) pizzas and some bread sticks and aioli. Even stone cold, his pizzas are delicious and so satisfying, though I wish Mamma Mia had some space for a few fold out tables and chairs where people could just buy a cold drink and eat their fresh, hot pizzas right away. Go get some immediately. If you don’t have a car, take the 51/32/33 bus from Hoyts to Helensburgh. It is definitely worth the trouble.