At just over two months old, five0nine is probably the freshest face (in more ways than one) in the Dunedin ‘café’ scene. Specialising in Taiwanese bubble tea, a sweet, flavoured tea based drink, five0nine offers a pleasant alternative to the usual coffee/tea options at other cafes. For the uninitiated, there are generally two kinds of bubble tea – the ones with milk and the ones without. The flavours for the non-milk variety are usually fruity (e.g. peach, lychee) and the flavours for the milk teas are typically non-fruity (e.g. taro). The thing that makes these drinks special is the addition of ‘pearls’ or jellies which give you something to suck up and chew on intermittently while you enjoy the flavoured tea. The ‘pearls’ are actually little, chewy, slippery, tapioca balls, about one centimetre in diameter each, that rest at the bottom of the drink, waiting to be eaten. It is the apparent similarity of these ‘pearls’ to bubbles that gives this drink its name, although some sources believe that it is more accurate to attribute the name to the foam that is created due to the shaking method of making bubble tea. 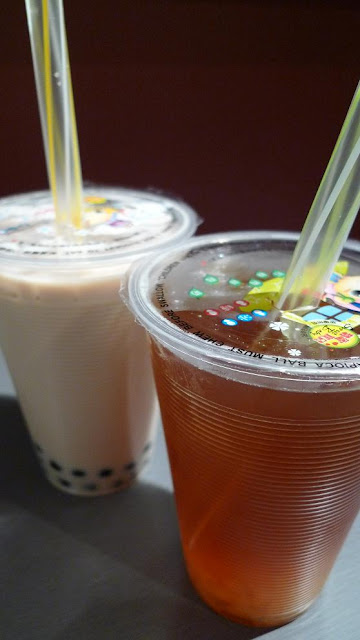 I tried the ‘Original Milk Tea’ with pearls and the ‘Lychee Black Tea’ with mango jelly. Both the black and milk tea, surprisingly, were light and delightfully refreshing. For some reason, I had expected the milk tea to be thick and heavy, and was happy to be proven wrong. Both drinks had pleasant, clean flavours but I preferred the texture and the extra burst of fruity flavour that I got from the mango jelly pieces, which is made out of nata de coco, compared to the pearls. Besides bubble tea, five0nine also offers some quick and easy Taiwanese snacks like steamed pork/pork & vege/vegetarian/red bean buns and the deceptively small but hearty ‘Braised Pork with Hard Boiled Egg on Rice’ for only $3 - 5. Unfortunately I wasn’t able to try any of the buns but I did get a taste of the pork on rice, which was a decent, filling meal for under $5. The meat used was a little too lean for this dish, which compromised the flavour and texture slightly, but as it turned out they were unable to add the usual portion of pork belly into the dish that day because it was unavailable. 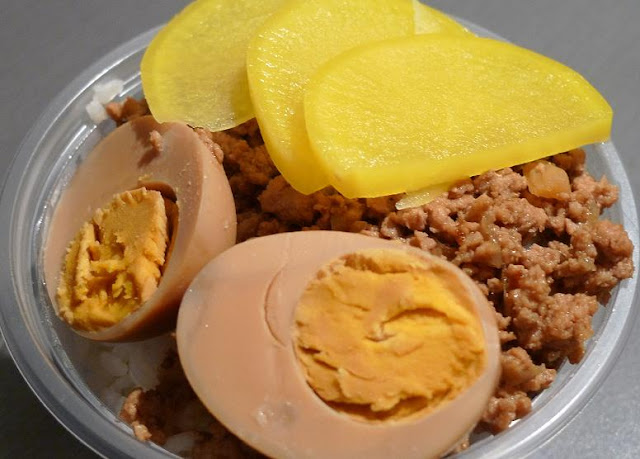 The best thing about five0nine is that its opening hours are from 11 am – 11pm, which means that hungry students traipsing home from the library won’t have to go hungry anymore. That is one of the main reasons that the young proprietors, Ariel & James, have decided to keep their doors open late, having been Otago students themselves. They have taken great efforts to ensure the quality and authenticity of their products. Their bubble tea ingredients are imported directly from Taiwan and they have practised their drink making skills so that their drinks always taste consistent, no matter who makes them. So if you’re feeling peckish, try something different and visit five0nine.

Good stuff! Apparently the first 'bubble' or 'boba' tea didn't even have those pearls, but don't quote me on that hahaha. It was at fiveonine that I first tasted non-milk bubble tea, and fell in love! Tastes so clear and refreshing. :D The honey green tea with bubbles, and red bean soup with bubbles, at Formosa are really good too.

Yesh yesh...clear and refreshing sums it up. I had the original milk tea with mango pudding today. Mmmmm sooo good. I don't know how it works but it's still refreshing and clean tasting even though it has milk in it.