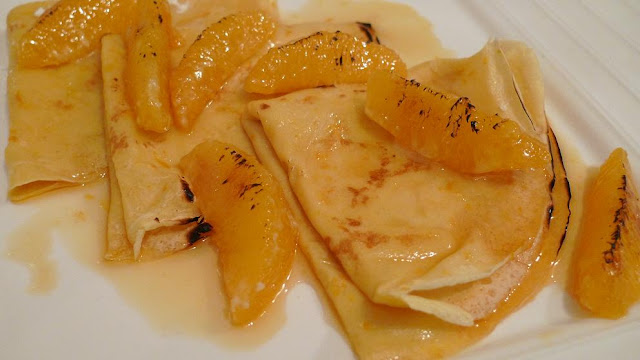 So we were eating paella and watching two French restaurants face off on F Word. When the dessert course came up, Gordon demonstrated how to make Crepes Suzette. I think, before the 30 second clip was even over, S was already on her laptop asking Google for the recipe. And, as soon as the show ended, S hopped off the couch and announced that we were making Crepes Suzette, "NOW"! I did not protest.

I, always her humble assistant, was put in charge of segmenting the oranges - which seemed daunting to begin with but was actually incredibly easy. When the job was completed, the segments looked as though they were quite professionally done, even if I do say so myself. After everything was put together, we decided to go one step further and got the blow torch out. We thought it would be a good idea to dust the oranges with sugar and caramelise (is that the right term?) them with the torch - hence the burnt bits in the pictures. It didn't really turn out exactly the way we wanted it to (think thin crème brûlée shell, S suspects that we should have used caster rather than icing sugar), but there were still tiny bits of caramelised sugar and it still tasted great. 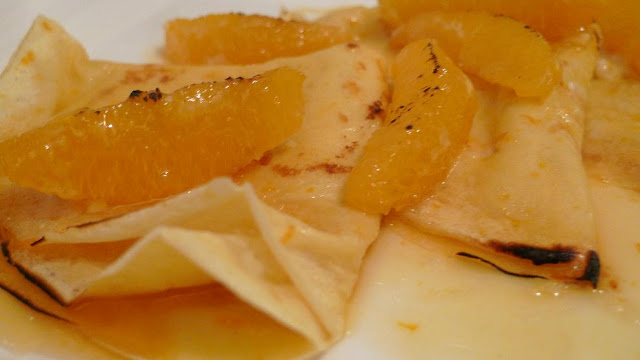